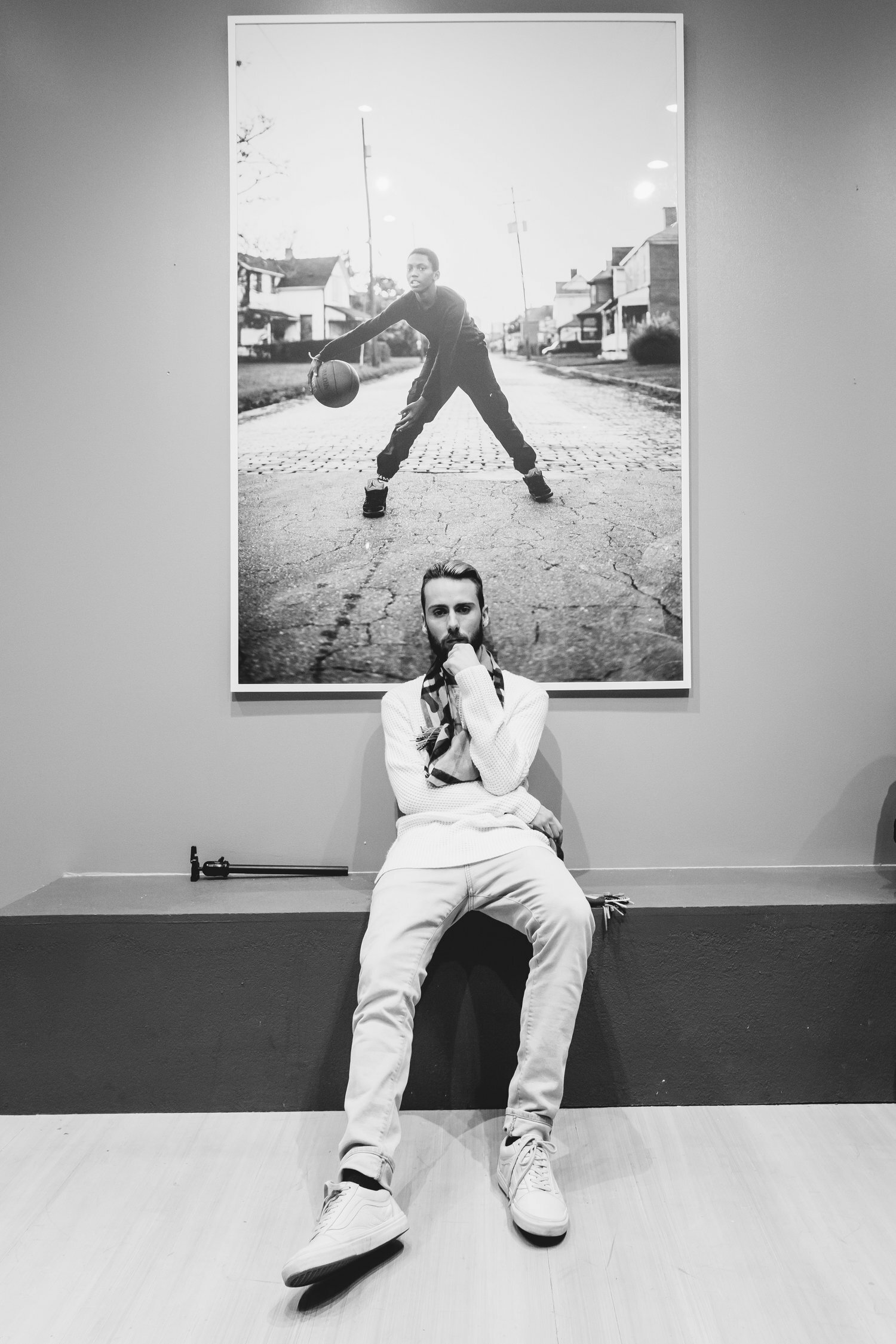 ZANE OSLER’S “THE EASTSIDE” BOOK RELEASE
WRITER
Madison-USA
DATE
April 7, 2018
In December, we celebrated the Eastside Project book release for our very own Zane Osler. Around 300 guests from all over the city filled the store on Saturday night to admire Zane's large photo prints on the walls, to purchase a hardcopy of the project, and to enjoy some drinks by Buzzsaw Brewery Co.

When Zane isn't shooting in-store for Madison-USA, he ventures out as a multidisciplinary photographer and marketing strategist. His work focuses on events, adventure and fine art-related content creation. Osler's photos have been used for multiple platforms like Complex, Honda, and Denison University just to name a few.

The Eastside Project documents the last year and a half of Osler's living in the King Lincoln district located on the east side of Columbus. Osler found potential in the project as his relationships developed with kids and fellow residents in the area.

"As time went on the kids and me became more familiar. They would come knock on my door everyday asking to play pool, play sports or take photos of them," Osler said, "They showed me their true selves, which resulted in a body of work unlike anything I had created."

While still implementing a small gallery exhibition within the store, Osler felt like a book was the best way to honor the photos, his neighbors, and the children. The ability to hold a physical book of fond memories and experiences in permanence was his priority.

"What I hope people take away from the book is that there is extraordinary in the seemingly ordinary and the true power of capturing a moment between you and someone else," Osler said.

With so many new and familiar faces entering the store, we're looking forward to meeting other young creatives that have a story to tell.
×
Search