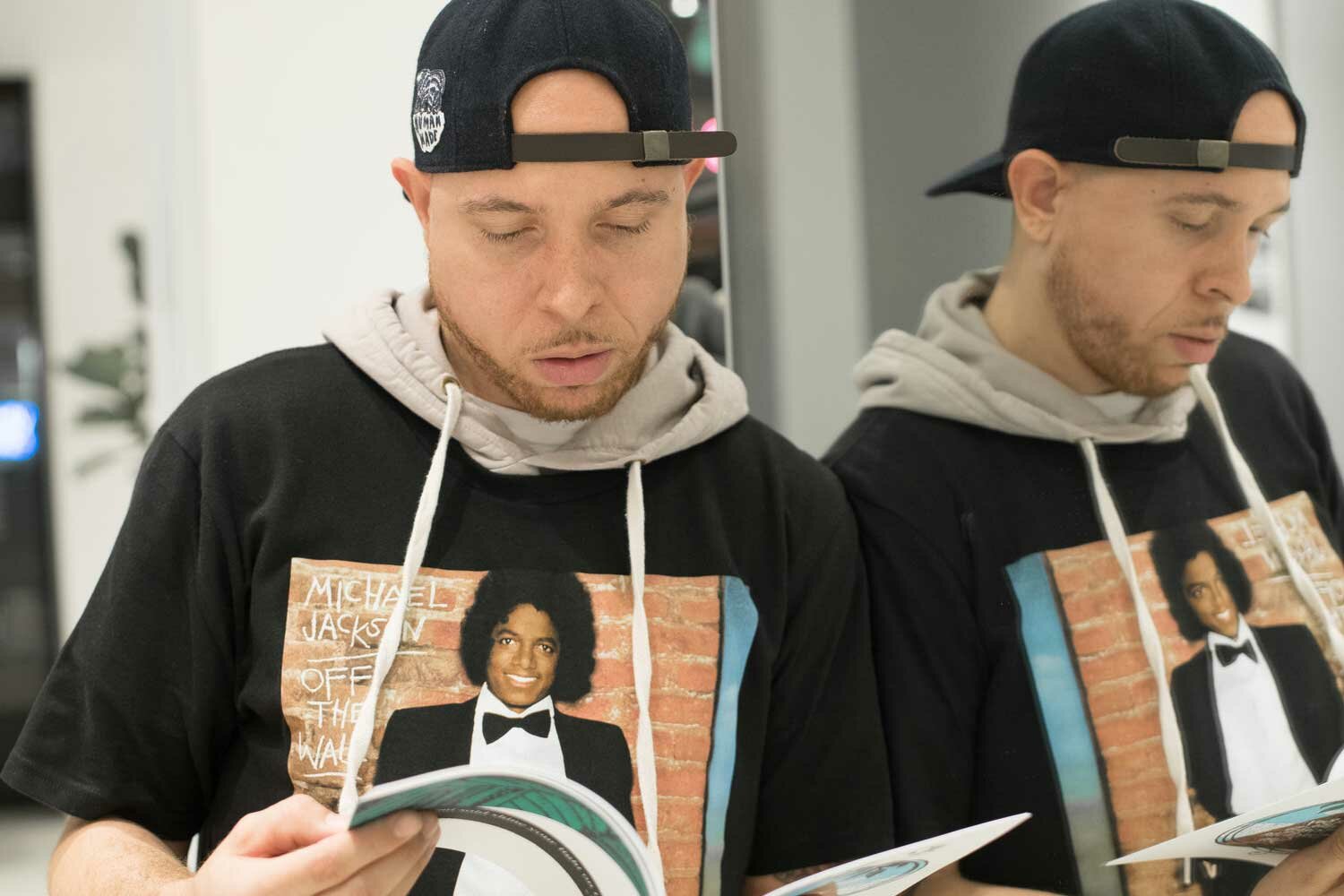 TBWTTTTS RELEASE x CULTURE TALK
WRITER
Madison-USA
DATE
April 7, 2018
Madison-USA played host to author Vada Azeem and Columbus-based photographer, James Drakeford AKA “JD,” as they joined forces for one of their renowned panel discussions, also known as Culture Talk, to talk Change Agents at Madison-USA. Over 30 people came through to discuss the plight of growing up as a minority youth with key community partners as a part of the release of The Boy Who Tried To Touch The Sun, a children's book authored by Vada himself.

The panel discussion opened with an introductory statement by Ojala (Ani) Mwalimu, who compared various media with current social issues. By using the new film, Black Panther, Mwalimu showed how media outlets can affect those who are exposed to it and what types of consequences can follow.

The rest of the panel consisted of Najib Kamagate, an educator at Gahanna West Middle school, Porsche Chisley, a School Improvement Coordinator with Charter Schools Specialists, Richard Fletcher, a professor at The Ohio State University, and Malik Moore, an Executive Director of Social Responsibility at YMCA of Central Ohio. The main focus amongst the group was the idea of the “impossible” and what that word means to the kids.

“We might see visions of what we see is possible, but society limits thoughts which ultimately limits our actions. Norms that we accept are a part of it, but environments like this help,” Malik Moore said.

What we expose the kids to can shape how they see themselves and how they see their future. Whether or not we have kids of our own, they watch everything we do and follow suit.

So what can be done to motivate today’s kids to work hard towards their future? It all draws back to what Vada’s entire inspiration was for his children’s book. He wanted to create The Boy Who Tried to Touch The Sun to “combat those challenges.”

“We’re in a cycle where we are setting up kids for failure and seeding them out. We need to make sure they have an opportunity be successful. This book helps. It teaches grit,” Porsche Chisley said.

Madison-USA carries Vada’s children’s book in-store and we idolize the idea that it was intentionally made for both children and adult audiences. It’s an encouraging story about a boy who attempts to touch the sun, regardless of all the obstacles and criticism he faces. But it doesn’t actually have a happy ending.

“In today’s society, we’re beyond telling a pretty story. You give yourself closure. It’s all up to you,” Vada Azeem said.

The culture talk motivated the audience to think about their own experiences and challenge themselves to come up with new actions that can be taken place to help the kids. Hai Poke provided us with the brain food including their infamous wonton chips and kimchi salsa.

Next time you’re in the neighborhood, be sure to stop by the store and grab yourself a copy of The Boy Who Tried to Touch The Sun and think about your own ideas of how we can ensure that future generations become successful.
×
Search